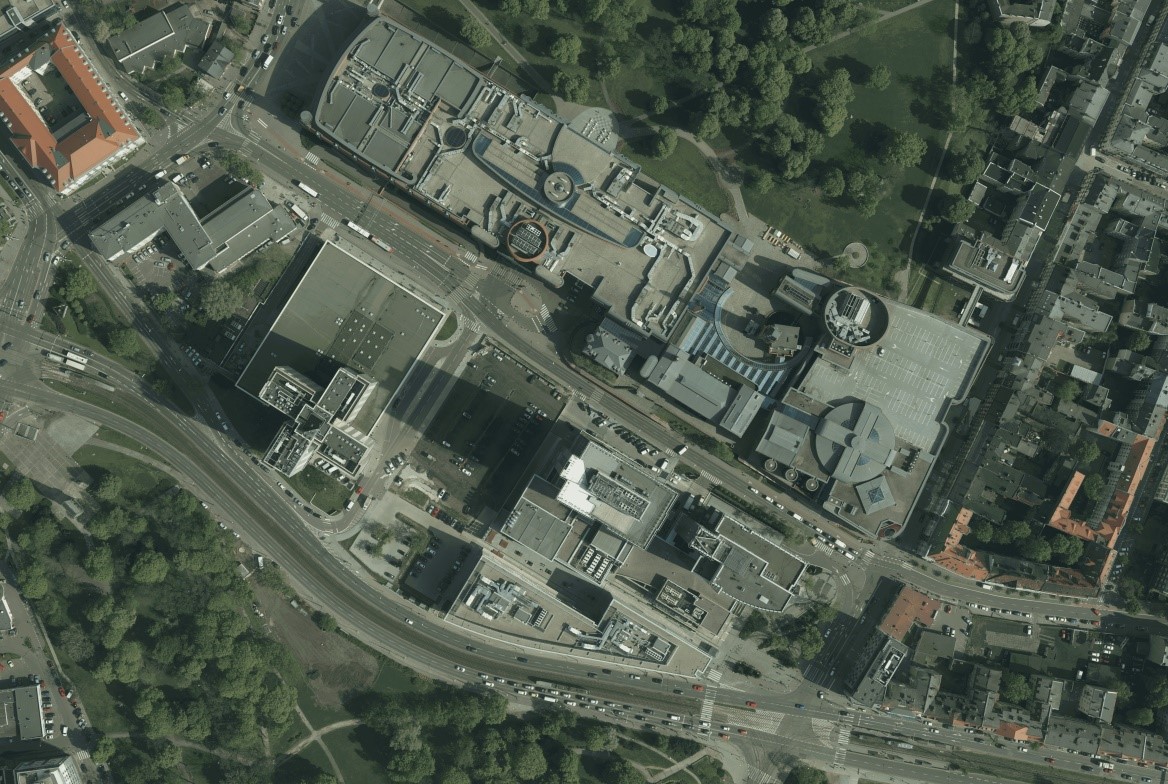 The Andersia Square is a unique place located in the heart of Poznań, a city full of energy and possibilities, with over a thousand years of history.  Over the years, the Andersia Square has evolved from a quiet and undeveloped area into the bustling business centre of Poznań. What is its role in the urban reality today?  What changes await that space in the future?

The square received its current name in 1994.  Previously, it was known to the inhabitants of Poznań as the Jan Henryk Dąbrowski Square. At the end of the 1990s, a concept was developed to create a complex of business and service facilities at that location.

A joint venture of the city of Poznań and the Von der Heyden Group has changed the previous image of that spot. Prior to the commencement of the works, a part of the Andersia Square was occupied by a multi-storey car park, located next to the current Novotel hotel.  The completed projects – the Poznań Financial Centre (2001), the Andersia Tower (2007) and the Andersia Business Centre (2013) – have made the Andersia Square a true business centre in Poznań.

A representative of the Von der Heyden Group reveals that the decision to choose the Andersia Square as the investment site was not difficult. It is an ideal space in terms of location.

The Andersia Square is located close to key points on the business map of Poznań. It is close to the railway station, the Poznań International Fair and the Old Market Square, with good access to the airport. It was the perfect place to implement the idea of a new quality of office space and space development in Poznań. – says….

It should be recalled that when the works on the first stage of the development began, i.e. the Poznań Financial Centre, in the second half of the 1990s, the idea of a business centre of that scale and quality in a regional Polish city was a novelty.

The Andersia complex is phenomenally well-connected.  It is located next to the tram, bus and car transport hub.  It consists of over 500 parking spaces, available to both employees and visitors of the office and hotel facilities.

What characterises the current shape of the Andersia Square are well-thought-out and consistent architectural solutions. The designers of individual buildings are the same people – the design studio of Ewa and Stanisław Sipiński in Poznań.

The Andersia complex of office and hotel buildings is a unique spatial form in Poznań. It consists of two high-rise buildings – glass skyscrapers and a horizontal form of the podium – a fully glazed 5-storey office building. The entire complex is located along Królowej Jadwigi Street – the southern, main east-west communication route, in the very centre of Poznań. The silhouette of the buildings at the Andersia Square has become a noticeable landmark of the centre of Poznań. – says Stanisław Sipiński, architect

Another investment is planned at the Andersia Square in the future. Stanisław Sipiński explains further how unique that project is going to be: The designed Andersia Silver building will be the tallest one at the Andersia Square (over 110 m) and will be the highest structure in Poznań. Located between the Andersia and Poznań hotels, it will enclose the spatial form of the entire city centre.  The designed object will be a form of interconnected cuboids, which will constitute a dynamic block. To emphasise the verticality and lightness of the structure, “colourless glass facades” have been designed.  The building will include gardens and terraces. On the southern, high facade, photovoltaic panels will be placed, which will emphasise the soaring structure of the building.  The entrance zone to the building will be a large hall, approximately 10 m high, adjacent to the service areas. Obviously, with regard to functionality, the facility will match the character of the Andersia Square complex, and in terms of communication, it will provide additional several hundred parking spaces. It will be the tallest modern building in Poznań.

Thanks to the investments of the Von der Heyden Group, the Andersia Square gained its identity and became one of the most recognisable places in Poznań. In fact, it is an ideal location for business. It is also worth reminding that the whole “centre-forming” revitalisation project of that part of the city centre is also an excellent example of cooperation between the City of Poznań and a private investor – the Von der Heyden Group, which shares with Poznań its passion, love for the city but also its modern vision, plans and courage to implement them.

On the investor’s initiative, works of art were created to add splendour to that part of the city, e.g. the “Time Gate” fountain sculpture, the mirrors composition by Tomasz Wojtkowiak and the monument of Cyryl Ratajski.

The final stage of the idea, which has been implemented for 25 years, is the ongoing construction of the Andersia Silver. It will be a facility with the most modern and prestigious office space in Poznań, with exceptional amenities for the users. Additionally, Andersia Silver will also be equipped with state-of-the-art healthcare technology. The investment is planned to be completed in 2013.